SBCs are small inexpensive computers (generally less than $50) that provide the bulk of their functionality via a single small circuit board and provide the ability to connect many different types of sensors, motors, LED lights and a host of other devices to allow for the creation of physical computing projects.

SBCs are all around us controlling things like our phones, cars, microwave ovens, TVs, drones, 3D printers and so much more. There a 2 basic types of SBCs, more general-purpose computers like the Raspberry Pi 4 that run an operating system like Linux (also phones running iOS or Android) and Micro Controllers like Raspberry Pi Pico and Arduino which don’t use an operating system.

After discussing the basics and providing more examples of how they can be used we’ll introduce several SBCs and allow you to interact with them so you can see what they can do. We’ll also discuss some of the difference between SBCs and how to read their specifications to help you choose which to use for your projects. SBCs are given specific instructions to accomplish their tasks via a programming language like Python or C++. We’ll provide a basic introduction to programming languages and show you a simple program in each language that gets temperature, humidity and pressure information from an attached sensor, allows you to see these values and turns on LEDS and spins servo motors to provide direct feedback.

We’ll be offering a series of classes at Make-It over the coming months to help you learn more and design, build and program some amazing SBC devices yourself. Come see what this is all about and have some fun learning about electronics and the world of SBCs!

—-PLEASE NOTE: For everyone’s safety the Make-It Springfield Board of Directors is asking that all visitors, instructors and staff participating in indoor activities at Make-It Springfield must wear masks and be vaccinated against covid-19, at this time. Thank you for your cooperation and understanding. 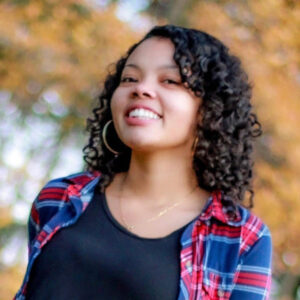 I was walking by Make-It Springfield one day and my intuition told me to stop and see what was going on. Ever since then I was committed to being a part of it.